Welcome to the City of Strongsville -- The Crossroads of the Nation! 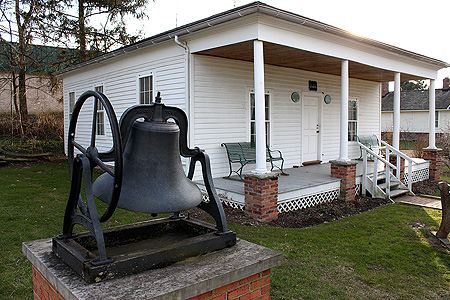 The beautiful city of Strongsville, nationally known as the "The Crossroads of the Nation" because of its location at the intersection of the Ohio Turnpike and Interstate 71, is located approximately 20 miles south of the city of Cleveland. Named after New England native, John Strong who moved here with his family in 1816, Strongsville is a prosperous and ever growing community.

Strongsville is no small suburb.  It became a city in 1961, and has a population of over 44,000. Within its borders contain four fire departments, seven public elementary schools, two public middle schools, one high school with a student body of over 2,500, a recreation and senior center, over 60 restaurants and places to shop including the Southpark shopping mall. For the technically minded, our city covers an area of 24.64 square miles; of which only 0.1 square miles are water areas. Strongsville's economic development efforts have increased the number of employment opportunities in the city, and have helped draw new businesses to our ever-growing community.

Strongsville is graced with the full effect of the four seasons, and one of the best places to enjoy the seasons is our beloved Metroparks. The biking and hiking trails that twist and turn through the majestic scenery of the Metroparks boasts an inner beauty of the simplicity of nature. Home to an abundance of woodland animals, the ones you'll notice the most are the deer!  While deer are mostly nocturnal, they travel all around the parks, and are commonly seen during the day, in many residential developments and yards. 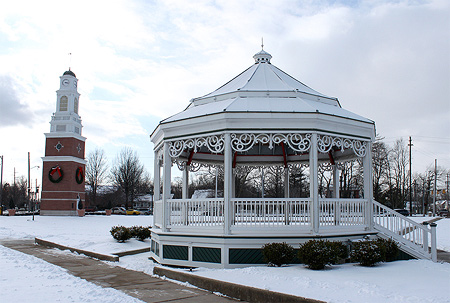 A spot that might catch your eye is the Strongsville water tower located at the crossroads in the Strongsville Commons. The painter, Tom Wilson decorated the container with a mustang and his own original character, Ziggy. Ziggy was a popular comic strip in the Plain Dealer for many years.  The city's large bell tower is also located on the commons, serving as a local landmark at the center of the city.  Recently, a gazebo has been added to the commons for community gatherings.

Next to the Strongsville Commons stands the historic red brick Strong House, constructed in the early 1800s. Another historic landmark located across the street on Pearl Road, the restaurant Don's Pomeroy House, was known in the 1800's as The Homestead, one of the key stops on the Underground railroad that provided shelter to runaway slaves.

Strongsville is a great choice to live and raise a family, with many things to see and do year-round.